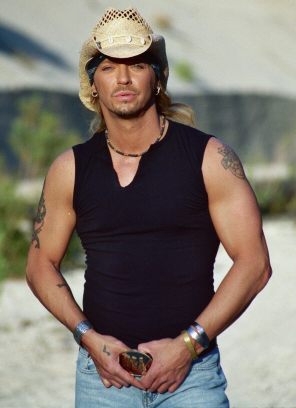 (Los Angeles, CA -April 12, 2022) Music icon and lifelong Type 1 diabetic Bret Michaels is lending his voice to the Affordable Insulin Now Act which would cap insulin prices at $35 for people with private health plans and Medicare Part D plans. Michaels, currently on tour and about to embark on the Stadium Tour this summer, fully favors the Affordable Insulin Now Act and encourages his friends and followers to make sure they tell their representatives and government officials to vote in favor of the Act.

Michaels partnered with EASE T1D and worked with California Senator Richard Roth to fight for the passage of what became SB97 in California, bringing much-needed diabetes education to school children.

“All diabetics deserve a fighting chance to afford insulin,” states Michaels. “With rising costs for insulin in America skyrocketing, it puts treatments out of reach for many. And, it forces them to make a difficult decision when finances become tighter to decide if they can either ration medication doses or go without it. No one with diabetes should ever go without the opportunity for treatment.”

Michaels recognizes the unique challenges that people with diabetes face, as he has faced it his whole life, and makes it the focal point of his Life Rocks philanthropic efforts both on and off the road.

“I am excited about the passage of the Affordable Insulin Now Act in the House and am optimistic about it also passing the Senate, as I feel members of the Senate will truly see the light and the Act will be signed into law,” added Michaels. “Putting the needs of diabetic children and adults has always been at the forefront of the Life Rocks Foundation, and I offer my full support for this bill which will bring costs down for those in need.”

Michaels is the creator of the popular #KnowSurviveThrive and #FearNothing campaigns that he leads every year during November’s Diabetes Awareness Month on his website and social media platforms, which strives to expand knowledge and offer real-world experience to face and overcome the challenges that come with living with diabetes. The topic was one that Michaels also wrote personally about in his bestselling “AutoScrapOgraphy” and his hit video song “Unbroken.”

Michaels has never shied away from owning the fact that he is diabetic and demonstrates that you can live out your dreams, travel the world and continue to manage your diabetes if given an opportunity.  It is lifelong efforts such as these – as well as more recent ones such as supporting St. Jude’s, giving to veteran and pet causes, and a personal $20,000 donation to the chefs on Guy’s Grocery Games – which led to Michaels being honored by the Hollywood Christmas Parade as their Humanitarian of the Year for two years.

As an ambassador for Diabetes Awareness, Michaels is currently on his Nothing But a Good Vibe Tour, playing select sold-out festivals and amphitheaters around the country and preparing for the hugely-anticipated global Stadium Tour this year. Before every stop on his tours, Michaels meets with fellow diabetics in every city he visits, sharing stories, lending support, and championing for better structure to help those suffering with diabetes.